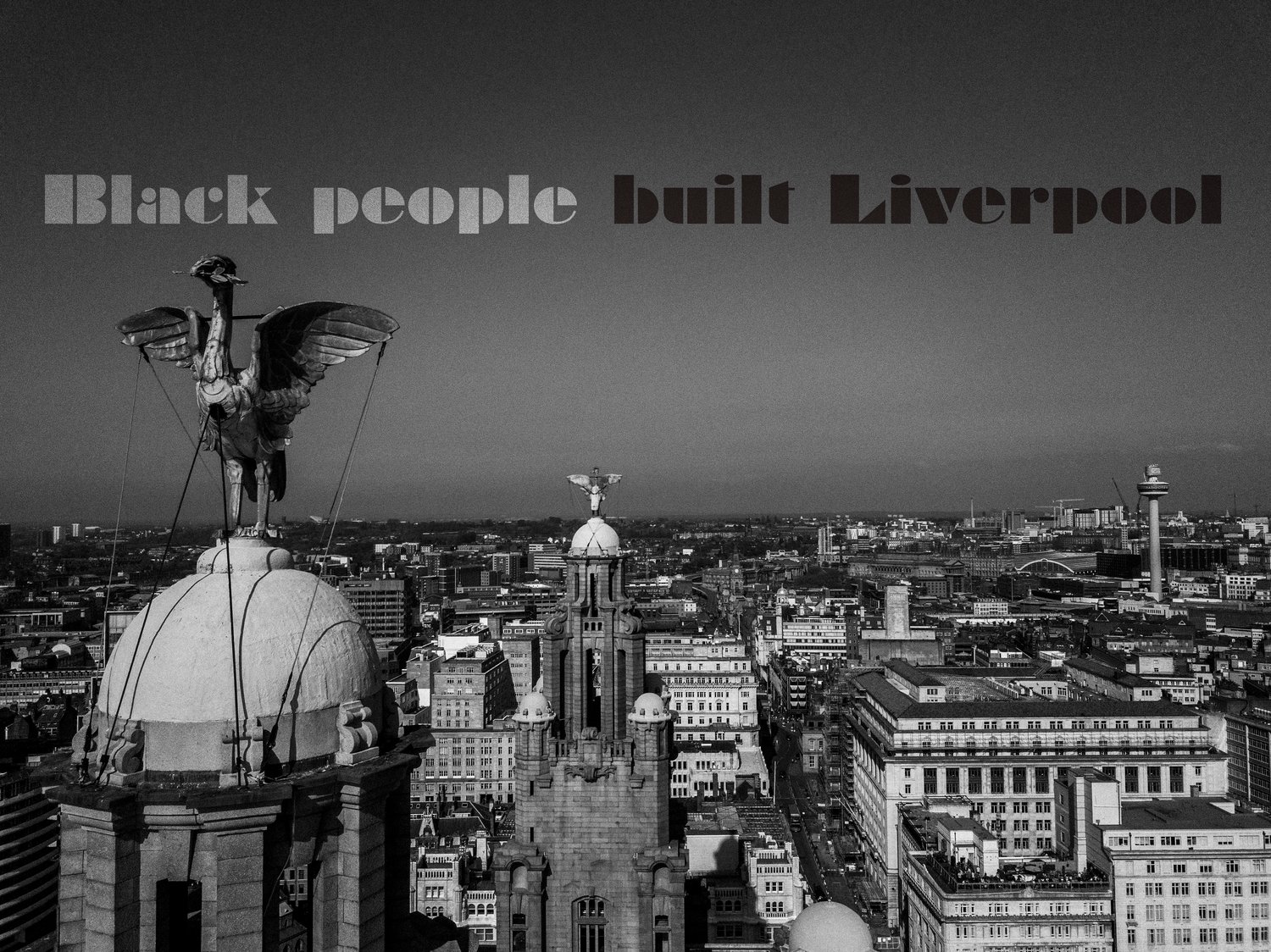 Black and white drone photography with the words ‘Black People Built Liverpool’ on them.

Due to covid-19, prints may take longer to be delivered. Thank you for your patience.

The presence of Black people in Liverpool is closely tied up with the history of exploitation of our ancestors by Britain and other countries since 16th century. Following Bristol and London, Liverpool became Europe’s leading slave trade port. The demand for cheap labour to build European colonies led to the slave trade. Black people built Liverpool. #BlackLivesMatter

The photograph shows Liver Building at the forefront with the two Liver birds perched on them. The Liver birds are mythical creatures, one is female, facing inland to protect the people of Liverpool and the male facing the seas to protect the people of Liverpool who have vogued out into the world. Outside of London, Liverpool has the highest number of Grade listed buildings, majority built because of the success of the slave trade.

0 Items in your cart
Keep shopping